Uncle John’s Truck: A Story of Coming to Manhood in Rural America (part 5) 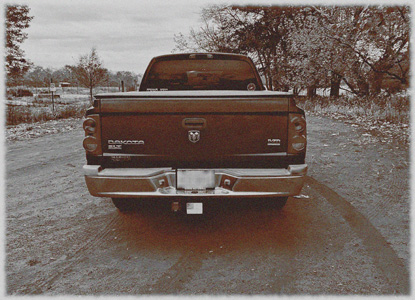 … I can’t really describe the taste of those fresh fish fillets fried over a hot little fire on the river bank. I was by myself which wasn’t really what I preferred, (my dad had other obligations over the weekend), but even so, as I settled into the little bedroll I had pitched in the bed of Uncle John’s truck and I listened to the screech owls scream at each other in the creek bottoms, I couldn’t really imagine that life could get much better.

I was wrong about that.

It was a few weekends later that my church youth group announced that there would be a creek run and that we would be participating. For those of you who are uneducated, a creek run consists of gathering any and everything that will support your weight through buoyancy, and floating it down the river. While you’re doing this you will be laughing, splashing, fishing, and trying your best to drown yourself and all your friends. It was a really great time, and unlike in the past, where I would have had to ask my dad to strap the two kayaks to his Subaru and take me to the drop off, this time I was able to throw both kayaks in the back of Uncle John’s truck and head out by myself. I also invited along the particular object of my affections at the time. Unfortunately for me I hadn’t bothered to tie my swim trunks particularly tight, and while I was showing off at some point they came of and got swept away in the current. I ended up having to borrow the object of my affection’s towel to wrap around my naked waist, and then I had to drive her home with no pants on. And “that” so they say, “was the end of that”.

Summer was a true blast in that truck, regardless of my failed attempts to woo the opposite sex, but the real excitement of having a truck came with the fall and winter…