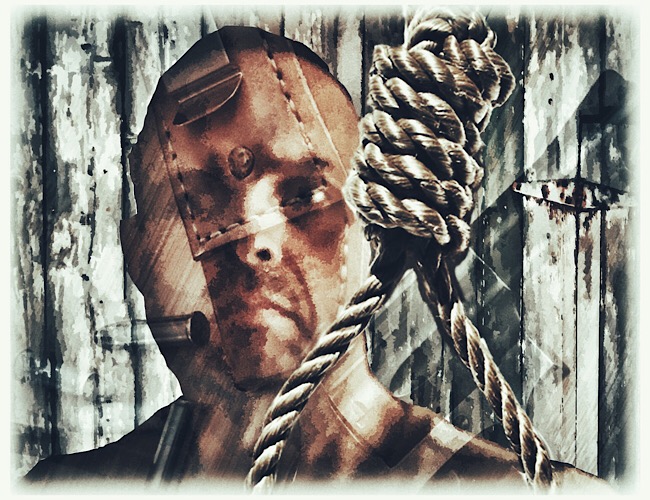 We have all heard, I’m sure, about the famous Lost Dutchman’s Mine near the Superstition Mountains of Arizona.

But there is another legend of that era as well, and with this legend are rumors of a treasure that has also never been found. This is the legend of “Forge Hamilton”.

Not related to Alexander Hamilton, the founding father, Forge Hamilton is said to have made his way west after immigrating alone to America from northern Ireland where he hammered out his trade as a blacksmith. All blacksmiths were horseshoers in those days, and Forge, (his true name is unknown), is rumored to have been one of the best horseshoers around. Decades ahead of his time, it is said that Forge could watch a horse through his three gaits; walk, trot, and canter, and make a shoe that would keep it sound for months to come.

Like most Irishmen, Forge was as tough as nails and was said to be good with a gun. He was even tempered but tough and he would often hire out to the stagecoach companies to ride shotgun and to keep the horses shod, killing two birds with one stone for the stagecoach companies. It was the wild west after all, and in that area of the country gold was king and plentiful, and murder and mayhem abounded.

There had been a rash of bushwhacking in the Phoenix area,  and everyone was on edge. Prospectors had been found all over the desert with their heads busted open and their gold depleted; however, no-one was able to find out where the gold was going. The territory marshal was keeping an eye on the assayers offices for anyone with a large amount of gold dust that was uncommon, and the sheriff and city police were searching all of the parcels and outgoing wagon parties and stagecoaches. It wasn’t until a local boy, who enjoyed watching the sparks at night from the horses hooves as they trudged over the exposed granite ledge on the trail out of town, raised a ruckus about the stagecoach horses not throwing sparks that the mystery was solved.

It turns out that Forge Hamilton was waylaying the miners in their camps, stealing their gold dust and smelting it into bars that he forged into horseshoes and nailed to the stagecoach horses as he rode shotgun to Denver, where he would switch the shoes with iron ones and then sell the gold far from where he was stealing it.