There was blood in the leaves: lessons in tracking wounded game 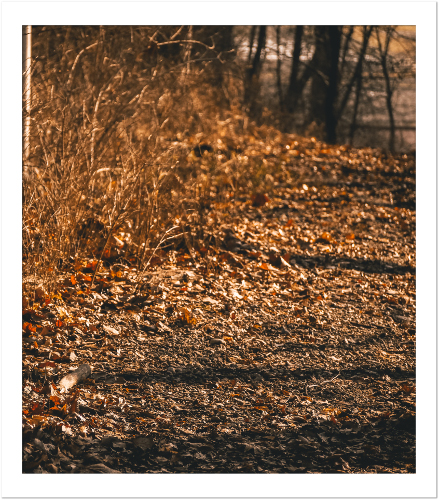 It was a typical Saturday afternoon when I looked up from where I was working on the tractor tire to see Carl, dressed all in camouflage, come in to my shed with a serious look on his face.

“I need your help” he said seriously as he pulled a bloody shred of something out of his coveralls pocket and thrust it in my general direction meaningfully.

I took the tidbit trepidatiously and saw that it was two strands of bloody fat, each about three inches long… very strange item to have in one’s pockets.

I noticed that Carl was now looking at me hopefully, which was a welcome relief from all of the meaningful seriousness that I had been confronted with earlier.

“Well, what do you need?” I asked handing him back his fat.

“I need you to help me track this deer!” he exclaimed as if I were simple.

Well, Carl had shot this huge buck, he said, and had found lots of blood and these two strands of fat. He had followed the blood for a distance of maybe a quarter of a mile and it had diminished and finally petered out. He had fallen asleep in his blind and had awoken to find this deer standing about twenty yards away and with it’s rear end towards him looking towards some does standing on a distant hillside. He had taken a quick shot with a Barrett crossbow equipped with carbon fiber bolts and Zwickey broad-heads. The fat told me the story. It was fall and the fields were ripe with corn and beans. The fat was rib fat, (I knew this from having butchered several hundred deer over the years). The reason the blood trail stopped was because the superficial wound had dried up… I wasn’t about to track that deer until he died of old age!

I only tell this story to introduce you to an aspect of hunting that is very important to any sportsman, hunter, survivalist, or prepper; that of reading sign. And in this instance, reading sign left by wounded game. So over the next several entries, let’s discuss tracking methods that will help you find the game you have lethally wounded, and disregard those you have merely inconvenienced… stay tuned.