The Military Surplus Store, several reasons you need to shop there 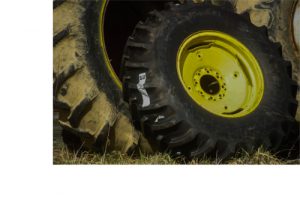 The government warehouses are full of treasure and buying surplus military clothing and equipment is the way to mine it. Though the days of the battle ridden surplus of World War Two and Korea are gone, many can still recall the joy of sifting for hours through piles of olive drab. Treasures back then were different than they are today.  A long bayonet, canvas .45 holster, or a metal canteen – often replete with a bullet hole or two – could set both man and boy aglimmer with excitement at the prospect of a world at war. The bullet riddled items scarcely cost much more than the ones that could actually be used but they were always the first to be snatched up.  Old Colt .45’s and Tommy Guns with thirty round magazines could be found next to Springfield 1903’s and M1 Garand’s, all silent after having barked their destruction into the mass of an invading army. There was so much equipment left after WWII that the government had a rough time getting rid of it.

The world moved on and the rules have changed. You can’t buy old flamethrowers and weaponry as surplus anymore but that does not mean that there aren’t treasures galore to be had in the new piles of military surplus gear and equipment. Today’s market isn’t restricted to USA surplus either. European military surplus has been made available to the masses, as has Russian, German, and Israeli.  A trip to your local surplus store can reveal almost anything. Of course you buy camo pants and shirts, but did you know that you could possibly find a BPS, (military jargon for a big plastic shoppingcart)? Was your father or other family member in the armed forces during a conflict? Quite often you can find unit insignia and period surplus uniforms which match those that he, she, or they wore during their service.

There are many practical civilian uses for military surplus items. Old document cases and shoulder packs make excellent ipad cases. Modern day hunters who like to shoot primitive weapons such as black powder rifles will be well pleased with a military bread bag to use as a “possibles bag” for quick at hand shooting supplies. Two bread bags would be an ultimate for dove hunters, one to hold shells and the other to hold birds. Military surplus makes a great medium for artist and upcyclers as well. Consider upcycler Jake Wright who makes beautiful furniture from decommissioned, upcycled military surplus; while others find surplus gear and accessories useful as an artistic  medium for a memorial day war display.

Than that used by the military.    You won’t find a better value for your money either, as some statistics show that military surplus usually sells at 1 – 2% of its commercial value.1 So if you are a hunter, outdoorsman, picker, artist, upcycler, war buff, or collector, make sure you check your local surplus store. You just might be surprised by what you find.