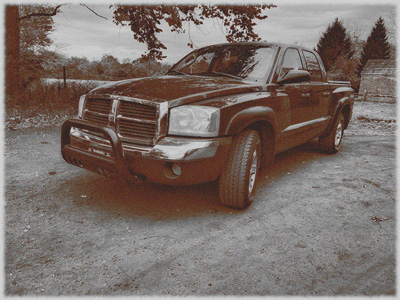 …As cliché as it sounds, the drive up into mountains was like a dream. I sipped hot coffee from one of my dad’s Stanley  thermoses as I huddled comfortably in the drivers seat in a fleece lined, camouflage, hooded sweatshirt my mom had bought me at the local hardware store on clearance.

Life was good right then and right there; I felt young and old, independent and vulnerable, lonesome and fulfilled. This was the closest thing to a grand adventure that I had experienced up to that time. The Pirelli tires I had recently purchased for Uncle John’s truck chewed the gravel of the country road that led to my mom’s new woodlot.

It was still dark when I got to deer camp, (I had basically left the night before and drove all night). And I grabbed some sleep nestled in the warm front seat of the truck. I woke up from my snooze well after dawn and immediately set up my camp. I backed the truck down to  the little creek that meandered through the property and pitched grandpa’s old Army tent about 10 yards away from the bank. I chose to have it facing the creek so that I could sit in the front of the tent at night and look out over the glistening rocks and rippling flow of water as I drank camp coffee in the moonlight. I was going to be here a week by myself and had three deer tags to fill.

It was a little past noon when I had finally set up the tent and had cut enough fire wood to last me the day. I was hungry, so decided to make some oatmeal in my cookpot and sprinkled some brown sugar and almonds into it as I sat back in my camp chair and enjoyed the semi-warm weather. In a few minutes I planned to go find a likely spot to set up my tree stand and to throw a bag of apples and turnips out around it. As I was blowing on the steaming thick mass of chewy goodness I heard splashing.

I turned to see a good buck crossing the creek. He was about an eight point, not too big and young; maybe a three year old. His nose was to the ground like he was trailing a doe but he was in the water. He stopped and looked directly at me and huffed. I think he was commenting on the smell of my oatmeal. He didn’t seem overly impressed in any way. “it’s going to be a good hunt”, I thought as he meandered on down the creek line, leaving me to my oatmeal.

Uncle John’s Truck: The, (next to), Final Chapter 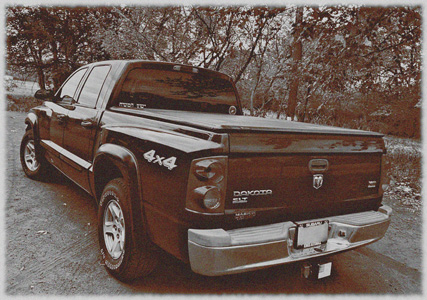 That Fall arrived subtly, it was a very smooth transition and arrived more from the acknowledgement of the date on the calendar than it did from an awareness of the change of season. It had been a fairly mild winter, not too sunny and mostly rain for some reason. This had made it pretty insignificant in regards to the various sportsman adventures that I was used to having. Political unrest in the venue my dad worked at kept him pretty busy and he didn’t have much time to run to our fishing hole, even on the days that were nice and sunny.

And so I went about my routine, I was working at McDonald’s still even though I had finished my training. I was volunteering at two different fire departments, and since that was my passion, I focused my energy there. But with the advent of deer season coming into the scene, I suddenly started getting buck fever.

Over the summer my grandpa had died and he had left my mom some acreage in the woods of hilly eastern Ohio. It was a long way from where we live, but it was definitely teeming with wildlife and I decided that I was going to have a deer hunt there to enjoy my first deer camp as a full grown man, (I had just recently turned 18), and would be eligible to finally hunt without adult supervision. I also wanted to test myself as I had never been in any sort of survival or wilderness situation without the supervision of my dad or older brother.

I took advantage of the local Black Friday Sales to purchase a deer stand and a really good sleeping bag. My dad offered up grandpas old military surplus army tent for me to use since work wasn’t going to be able to let him go to the regular deer camp we usually pitched that year…