Making a legacy: How military surplus carries on tradition 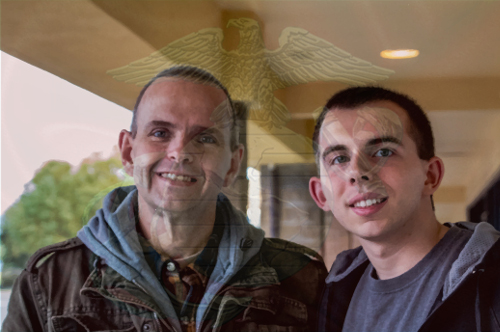 It was with mixed emotions that I drove the boy to the Armed Forces Career Center for the final time.

He is, as I write this, in the process of becoming a United States Marine. I couldn’t be more proud of him and I was assaulted with a plethora of memories during that long final drive as I tried to offer him my advice on how to survive boot camp, forgetting for the time being that if he is at all like me, he wasn’t paying a bit more attention to what I was saying than the man in the moon. That’s because he is the type that wants to sort things out for himself, and he also knows that the boot camp I experienced in 1992 is not the same boot camp that he will experience on Parris Island in 2018.

However, we did have a great opportunity to relive some exciting moments that we shared together over the last 22 years.

His first deer for instance. This was a three day deer camp that culminated in his shooting the biggest doe I have ever seen straight through the heart with his brand new Mossburg 20 gauge shotgun that he had gotten for Christmas that year. I had just watched him allow a much smaller doe to creep past us, right underneath the deer stand we were sitting in. He had simply watched her go by, unable to move fast enough to click the safety off and fire the shot that would have made meat for the family for the winter. I was quietly chewing his ass, when he suddenly snapped off the safety, threw the shotgun to his shoulder, and blasted past my ear without a word of explanation. I was a little pissed, thinking that he had simply done that for dramatic effect in response to my chastisement, and then I saw the blood spatter in the snow. A spatter which ended in a steaming pile of nearly a hundred and fifty pounds of fresh venison. That was a great day for me, because being squeamish,  I offered him the chance to clean all the guns when we shoot in exchange for my dressing the game that we shoot. He soon discovered that we shot much more than we hit. 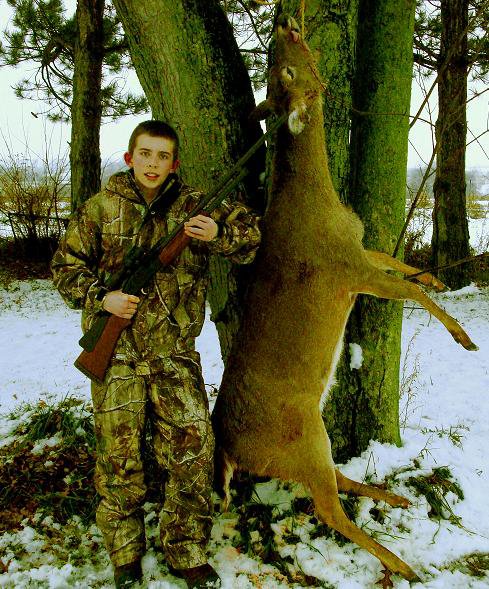 And so I look forward to the times that we can spend in his deer camp, telling his war stories to his sons as we sit in his grandfathers old military surplus army tent. This is what memories are made of.