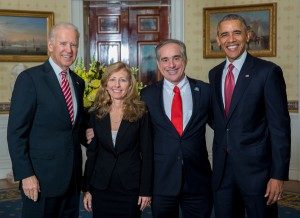 United States President elect Donald Trump has recently announced that he wants to nominate David Shulkin as the new Secretary of the Department of Veterans Affairs.
Already at the Department of Veterans Affairs, Dr. Shulkin had been charged with transforming the country’s largest integrated health system. In 2014, CNN reported that at least 40 U.S. veterans had died while waiting for care at the VA facilities in Phoenix, Arizona, and internal investigations revealed that the problem was widespread. 1

Shulkin was nominated by President Elect Trump, and is yet confirmed by the Senate in 2017. For a physician with decades of experience across the private and academic sectors, the challenge of bringing help to American veterans is going to be daunting, but will not necessarily be anything new to Shulkin.

In this case, that help means bringing business experience from the private sector to the federal government. It means looking for processes that are cheaper, better and faster. It means questioning the status quo to make sure that the system truly benefits veterans and improves access to care. 2 And if his nomination is confirmed, he will have the power to do it.

President elect Trump thinks that he will “Do a truly great job.” And having been a senior advisor and faculty member on Drexel University’s medical school as well as a savvy physician and businessman who knows the ins and out of the medical care industry, it stands to reason then that Shulkin is a great pick for the job.

For too long now, it seems, as if America has treated it’s military veterans like any other piece of military surplus equipment. Often trying to store them on the shelf, or sell them off to the highest bidder so that they can be someone else’s problem; and President Elect Trump has stated that this is a horrendous practice that must come to an end. In his recently publish book “Crippled America” he has made the claim that he is going to take measures to ensure that the American men and women, who serve this country’s military, deserve to be treated like the first class citizens that they are. 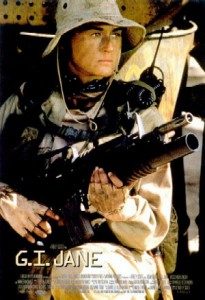 Ok, so it was a year ago that the United States military opened the world of spec-ops to women, a move that brought angst, strife, dissension and lots of ego based opinions. And after a year, we still do not have any women SEALS or Green berets. In a recent article on Military.com it has been reported that the prospects for women in spec ops are very few and far between, with the military even looking at individuals in ROTC and in some cases at civilians who haven’t even joined the military yet. Rear Admiral Tim Szymanski, the head of the Navy Special Warfare Command, has stated that it takes about two and a half years to get into spec-ops from the initial inception phase, which means that even when we get female soldiers who are able to make the cut into spec-ops, it wouldn’t be until 2020 at the soonest that they could join a team. And that’s if she can actually make it through BUDS which is too much for most men. Even the two women who had gotten through the Army Ranger training in 2015 haven’t yet been picked up by a Ranger unit. Though MARSOC was the first to be able to brag that it had three women in the pipeline for spec-ops training, it was apparent fairly quickly that none of them would make the cut and they all dropped out for various reasons. Lt. General Marshall Webb, the commander of the Air Force Special Operations Command has made the statement that even though the standards might be too tough for the majority of women, the fact of the matter is that they are too tough for the majority of men too, and the standards are not going to be lowered just to get women in. “AFSOC is looking for the highest caliber candidates”, he said, “and when a person meets that standard, she will be joining our ranks.’ And hopefully not until!