Modern Day Buckskinner: Some Ruminations of Days Gone By 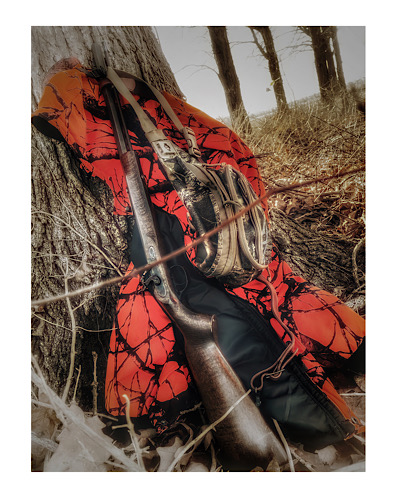 I’ve always believed that I am a man who was born in the wrong  era. I would have preferred to have been born in the 1870’s. Notice that I didn’t say the 1810’s, and there is a reason for that, actually there are two.

The first is the fact that the percussion cap was invented in 1807 by Scottish clergyman, Rev. Forsyth, who came to the conclusion that it was too hard to prepare for an emergency when one had to jack around with sharpened rocks and two different kinds of powder in order to get a gun to fire. I’m not by any means dependent on modern technology for survival; however, I do appreciate it very much. And the percussion cap was definitely a step up in the utilization of the firearm for advancement to the best of defensive weapons.

The second  reason I wouldn’t have wanted to been born prior to 1870 is that I would not have wanted to have gone through any part of the American Civil War, not even the reformation period immediately afterwards. The reason for this I think is obvious; it was a bloody and brutal time and it would have been hard to have lived in this era without having a heart full of hate because of all the meanness that was prevalent.

If you’re like me then you are likely a big fan of the 1972 film “Jeremiah Johnson”. This is a story of a mountain man named John Johnson who lived between 1824 – 1900. He was nicknamed “Liver Eating Johnson” because he was at war with the Crow Nation and whenever he killed a Crow Warrior, he would cut the man’s liver out and eat it. He used a pair of Hawken Rifles and a brace of pistols that shot black powder and used percussion caps. He also used tomahawk and bowie. This movie was a deciding factor in my boyhood when I decided I wanted to be a mountain man. I still hunt deer and other large game with a muzzleloading rifle; however, now I do it while wearing a blaze orange jacket pursuant to state law, and carrying a camouflage possibles bag.

Hunting Season 2018: 3 reasons to learn to do things the old way

I can remember opening this styrofoam box and finding chunks of raw white metal, roughly milled bronze, and chipped wood that loosely resembled the parts of a gun and which required six months of TLC to form a working firearm from. The end result was hours of shooting fun and the exhibition of God’s love and mercy in the form of his preventing me from actually killing myself. Years later when I received the above pictured .54 Thompson Center Hawken Rifle, the two made a complimentary pair of primitive weaponry that accompanied me on many youthful forays into the wilderness. These kits can still be had and the adventure still relived from places such as Dixie Gun Works, a catalog from which can be easily found online. Here are three really good reasons to learn to hunt with primitive weapons.