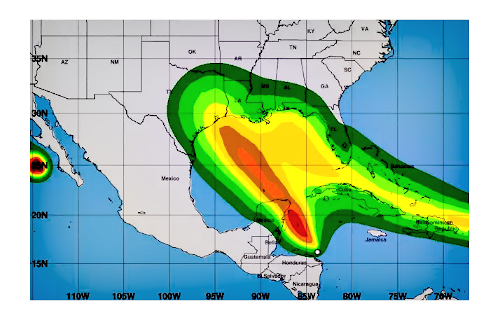 Next week, for the first time on record, two hurricanes could hit  the Gulf of Mexico at the same time.

According to sources there have been two other times in history that two storms have entered the gulf at the same time, but they have never been hurricane force.

Though the threat of a double hurricane is looming, it’s not necessarily going to be the case because, as of this writing, one of the storms is merely a cyclone.

However, here are 5 things that you need to do immediately to be prepared for the emergency that is certain to arise if both hurricanes do hit.

Running missions: 3 reasons you should keep an item of faith with you 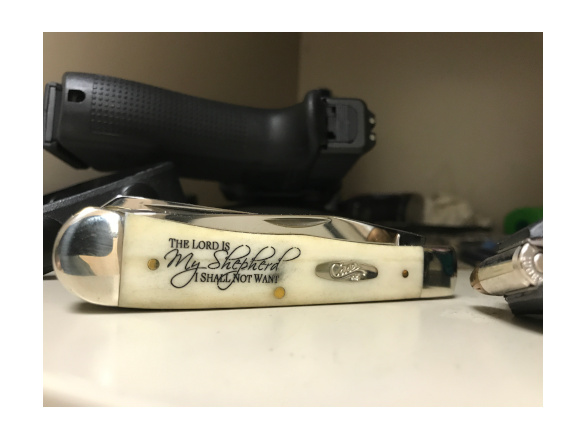 If you are the type of rugged individual who enjoys the use of military surplus tents and equipment, (and it’s obvious you are or you likely wouldn’t be reading this), then you know what it’s like to run a mission.

And since the last installment was about the legendary Case™ trapper style pocket knife, I wanted to play off of that line of thought this week and talk about my personal Case™ trapper and explain why it has significance and what three very important reasons are that I carry this particular knife.  My particular Case™ knife has an excerpt from The Lord’s Prayer engraved on it’s white bone handle. This knife goes in my pocket everywhere I go and there is a distinct reason I carry this knife.

For those of you who were Ernest Hemingway fans, perhaps you will remember that he always had a good luck piece on him. Now, in his case the lucky piece changed regularly because he was prone to losing them. I personally don’t carry mine for good luck. I don’t believe in luck for one thing. I’m a man of faith who believes in the God of the Bible, and I carry mine instead as a connection between me and my Maker. Here are three reasons why I carry the blade I do, and why you should keep an item of faith on you as well.

Survival essentials: 3 reasons to keep a Case Trapper with you… no matter what 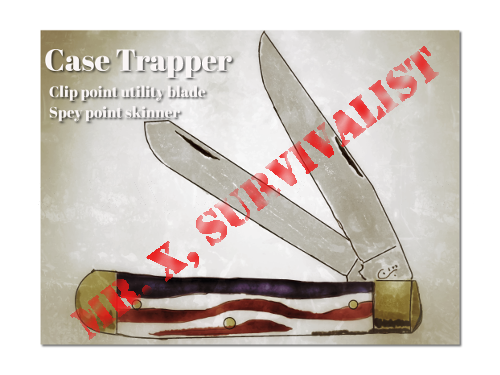 I have been a survivor all of my life, but I became a survivalist in 1987 when I took the Standard Course with the Old Tracker himself, Tom Brown Jr.

One of the things I had learned long before ever taking my first survival course was the importance of having a knife in your pocket. I grew up on a horse farm that also had a working herd of black angus cattle. My father, an old time cowboy, used to carry a pearl handled Solingen Cutlery stockman’s knife in his front right pocket which he used for everything from farm/ranch work, to entertainment. He even had one of the four blades on his full size stockman reserved for eating. He called it his apple blade. It didn’t escape my attention that the “apple blade” was also the preferred utility for cleaning the grit from under his fingernails when sitting around the stables at night after working horses.

We all know how important it is to have a good survival knife in your kit when on an expedition. However, you need to ask yourself how often the likelihood might arise for you to be thrown into an unforeseen circumstance where you won’t have time or opportunity to grab a kit bag, but will be forced to go with just what you have in your pocket. That’s why I always carry a Case™  brand trapper pocket knife. There are many companies that make these knives, however, few companies make them as well as Case™ does. Here are three reasons to keep a Case™ trapper in your pockets at all times.

Apocalypse survival: 3 must have critters for the coming storm 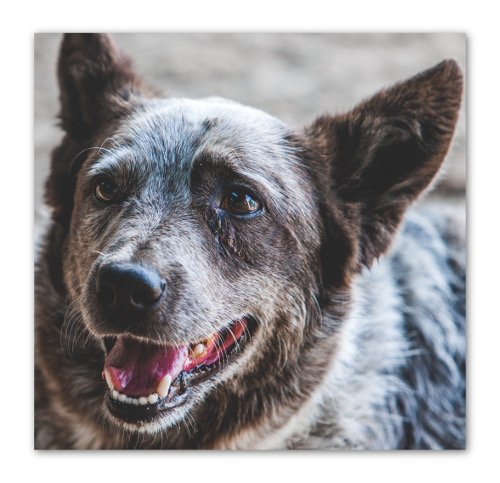 If you have been watching the news at all lately, then you are aware that the nation and even the world are on the precipice of volatility.

Therefore, it would behoove you to be prepared for any upcoming problems and you don’t even really have to change your lifestyle much.

The fact of the matter is that as a species, on the whole, humans are highly dependent on animals. Not only do we eat them, we are also dependent on them in other ways. So, taking that in mind, here are three animals that you must have right now to function in a coming crisis.

Reading sign: Natures way of telling you how to act 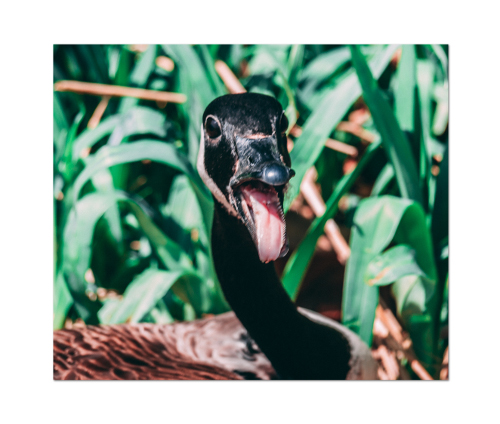 It wasn’t long ago that I showed up at the lake to try out my new kayak and I got a really good lesson in reading sign. I didn’t think much about the fact that there were literally no other boats out on the lake. As a matter of fact, it even occurred to me how lucky I was to have the whole lake to myself and I remember chuckling a bit as I launched from the kayak ramp.

Several hours later as the old crusty park ranger helped me hoist my bedraggled kayak up onto the deck of his huge pontoon boat, he laconically said: “Next time fella, learn to read the sign.”

The sign he was speaking of wasn’t a square piece of metal with words on it posted discriminately on a five foot post; rather it was the fact that no one else was stupid enough to get out on a lake swollen with floodwater from a week’s long rain.

The truth of the matter is that nature is full of signs that we should be able read quickly to know what is safe or not. A rattlesnake’s rattle, or the angry buzzing of bees doesn’t take long to figure out that there is a detrimental affect to the pressing of such a creature. As one wise old outdoorsman once said, “it’s God’s way of sayin’ ‘Don’t touch'”.

I recently ran into a less sinister but just as obvious instance of this early warning system when I was at the local title bureau and decided to take a picture of my truck to use in a future blog post. Suddenly I heard a violent hiss and felt the hot breath of a serpentine figure striking at but narrowly missing the back of my thigh. Succumbing for a moment to the normal jumping and feinting that accompanies such incidents, I finally got my bearings and turned to see a large female Canadian Goose who had made a nest right next to the door of the title bureau. Just goes to show, you should always learn to read the sign.

SURVIVAL 101: THREE WAYS TO BOIL WATER IN THE WILDERNESS 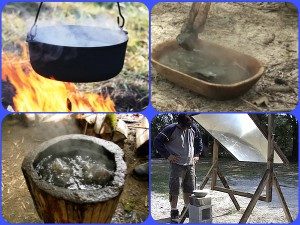 BOILING WATER IN THE WOODS