Carnivorous Deer? What you need to know 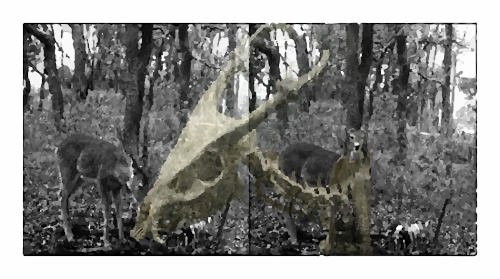 Recent articles in several different magazines have shown a disturbing trend in the deer population. That is the act of some deer trying to eat meat. Before we go any further, let me assure you that this is no attempt at science fiction, and the articles I’m referencing are from legit publications, not from some serial thriller rag like “Bloody Detective” or anything like that.

This article, for instance, recently published in Outdoor Life™ Magazine, follows a formidable researcher who documents several instances of deer evolving from herbivores to carnivores, a behavior that has never been documented before. That’s not saying that this behavior has not been replicated before; on the contrary, it could very well be a common practice among the deer population to consume proteins in whatever forms they can find them if driven by sheer hunger. However, consider then the fact that some deer have been documented consuming humans in the wild.  Recently, National Geographic published a story revealing that trail cam footage of a human cadaver placed in the wilds for experimental purposes was actually partially consumed by a young deer during a time when heavy foliage wasn’t covered by a plethora of snow.

As alarming as this might seem at first glance, one thing to note is the fact that in the Natgeo article, the deer is only noted as actually consuming a rib from the human body. One of the reasons for this, obviously, is because of the high calcium content coupled with the fact that rib bones are fairly soft and pliable, especially on the ends.

In any event, I don’t think we are yet to the place where it is necessary to carry “deer spray” while out hunting like it is in some areas to carry bear spray.  However, those days might not be far off.