CAREFUL HUNTING: 3 PITFALLS TO AVOID BEYOND MISSING YOUR MARK 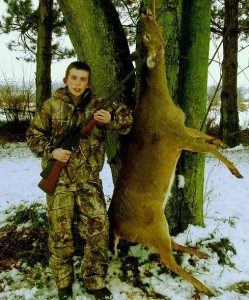 It wasn’t long ago that a good friend of mine came banging on my door all a-quiver with excitement over the beautiful ten point whitetail buck he had managed to bag at my family farm. Stuttering and giddy, he retold the story of the kill over and over, and then showed me the tag he had, freshly printed, from his computer, (in Ohio, we tag deer electronically now, at least that’s how we check them in). In any event, I happened to notice that he had indicated on the tag that he had harvested the deer with a shotgun, and I knew that shotgun season didn’t open for three more days… My friend, (we’ll call him Tim because that’s his name), hadn’t been paying attention to changes in the game laws, and he though that gun season opened on Thanksgiving Day that year. It was actually a very simple but costly mistake. No, the Ohio DNR never came looking for him like I suspected they would, but he got so worried they might that he packed up everything he had and moved to Key West Florida. So, here are some tips for having a successful hunting season this year, and by that I mean one that does not involve a trip to court under a capias.