An American Icon: How the Eagle Came to be the National Bird 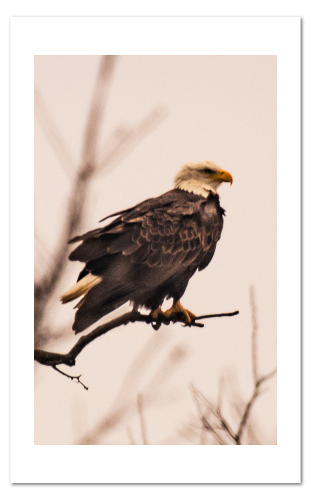 When you think about the United States of America, you probably automatically considered the national bird the Bald Eagle.

That is because this majestic bird has become synonymous with the concept of freedom and the rugged individualism that makes this country what it is today. However, you might not know how exactly this majestic bird came to be the national symbol of this great nation, or some of the controversy that surrounded it’s choice. If not, here’s a brief history lesson.

On June 20, 1782 the bald eagle was chosen as the emblem of the United States of America.  It was chosen for several reasons, not the least of which were it’s long life, great strength and majestic looks. It was also then believed to exist only on this continent.

This choice wasn’t without it’s controversy though, some leaders weren’t in favor of the bald eagle, including Benjamin Franklin, who once wrote:

” I wish that the bald eagle had not been chosen as the representative of our country, he is a bird of bad moral character, he does not get his living honestly, you may have seen him perched on some dead tree, where, too lazy to fish for himself, he watches the labor of the fishing-hawk, and when that diligent bird has at length taken a fish, and is bearing it to its nest for the support of his mate and young ones, the bald eagle pursues him and takes it from him…. Besides he is a rank coward; the little kingbird, not bigger than a sparrow attacks him boldly and drives him out of the district. He is therefore by no means a proper emblem for the brave and honest. . . of America.. . . For a truth, the turkey is in comparison a much more respectable bird, and withal a true original native of America . . . a bird of courage, and would not hesitate to attack a grenadier of the British guards, who should presume to invade his farmyard with a red coat on.”

Another one who was not in favor of the Bald Eagle was renowned artist and ornithologist James Audubon.  However, in retrospect, it is easy to see why the eagle is a much better choice than any other bird of prey. Bigger and stronger than all other takers they don’t have to kill smaller birds just because of overt aggressiveness, and it is always an American tradition to work smarter not harder.

More can be read on this subject at www.baldeaglinfo.com